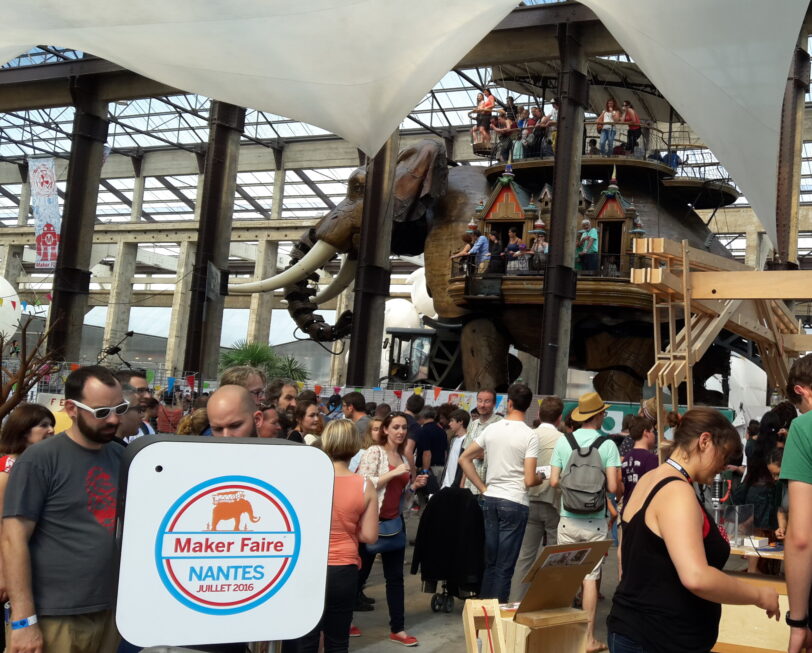 A great week-end full of surprises, in Nantes for the Maker Faire that took place in the “Machines island” in a fairytale world. 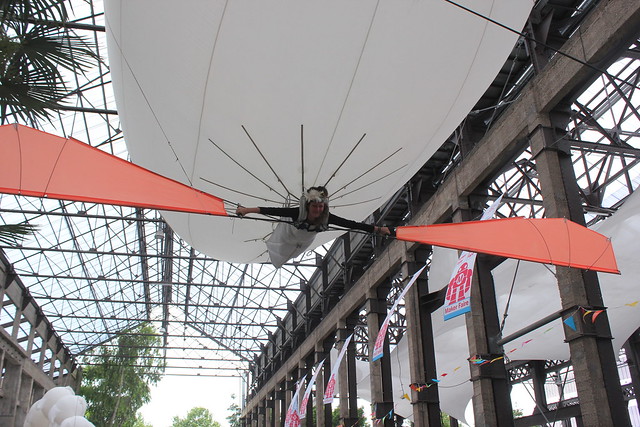 We arrived with a great team, including E.mage in 3d (3D scanner creator), OPR (orthotist) and Bicephale (3D printers creator) for the “Scan donation” operation which was a great success ! 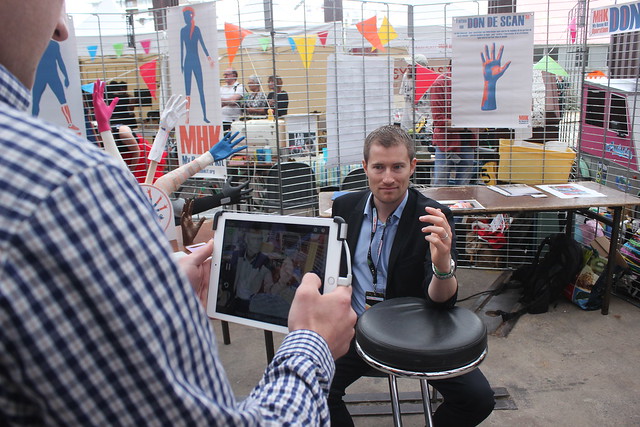 Stéphanie Lanceaume was a stamina champion for the whole week-end, despite difficult conditions to operate the scans. 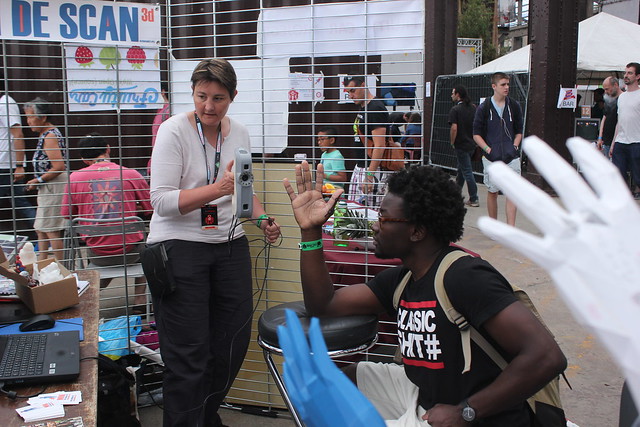 To the scans donators, you may be interested to know that the 3D models have to be cleaned by E.mage in 3d and will be ready for downloading in october on the thingiverse account of My Human kit.

In the event, we had the pleasure to meet a warm and enthousiastic public, discovering the activities of My Human Kit association.

One of the goal was also to show the new  “Shiva” project, proposing esthetic prosthesis hands building.

The team included Alexandre Loison, volunteer of My Human Kit, Lucie Le Guen, designer also very much involved since the birth of the association, and Erwan and Leo from OPR.  They presented a panel of hands made of various materials and techniques. 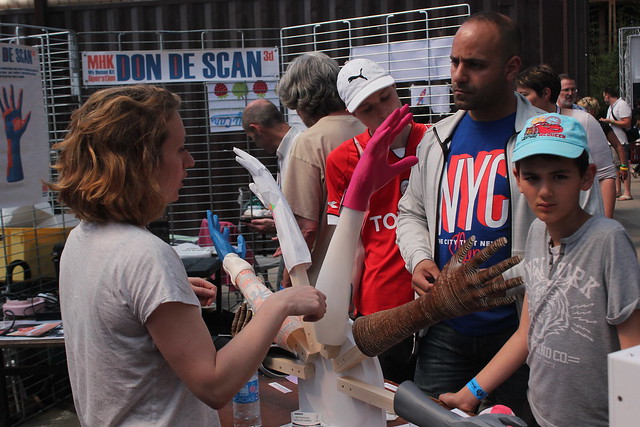 The people were very interested and often wanted to discover and understand more. 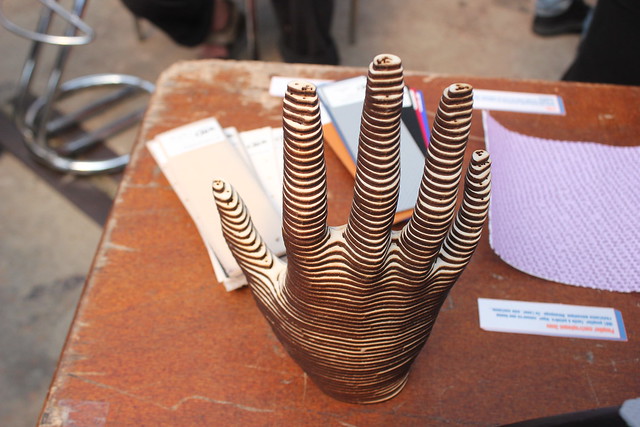 Thank you to Philippe Pacotte from Bicephale, who printed the “Shiva” hands and made the demonstration of his great 3D printer on our place.

Nicolas Huchet was just coming back from Berlin, and took with him the japanese hand Exii that he built in Berlin Fablab where he made a residence for more than 2 months. This hand is here shown by our president Yohann Véron. 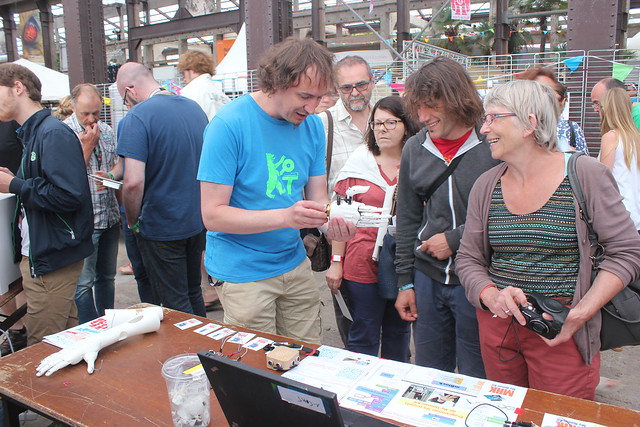 Among the visitors, a student of INSA (engineer school) discovers with emotion the “Clem’hand” she worked on to improve it last year. 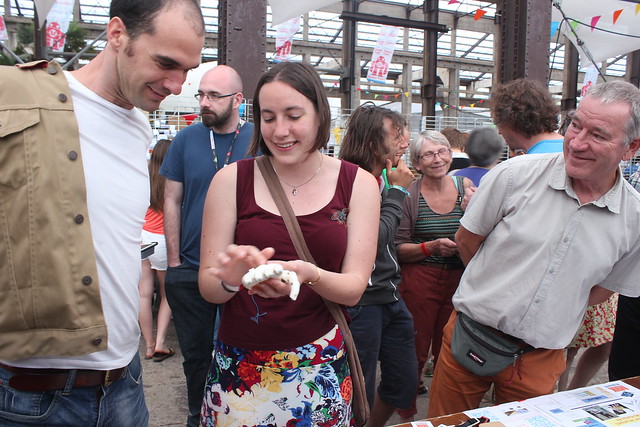 Michel Fréard, technology teacher in the Rezé highschool, demonstrated his pedagogical skills by sharing his passion through his prototypes. 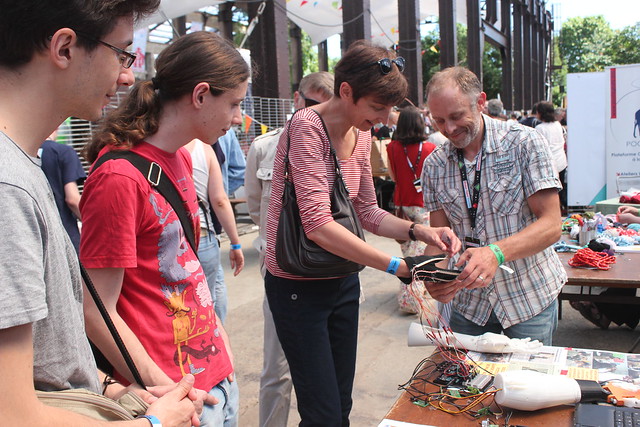 The people could for example test the way bionic and muscle driven prosthetics do work.

This was amazing, especially for this kid… 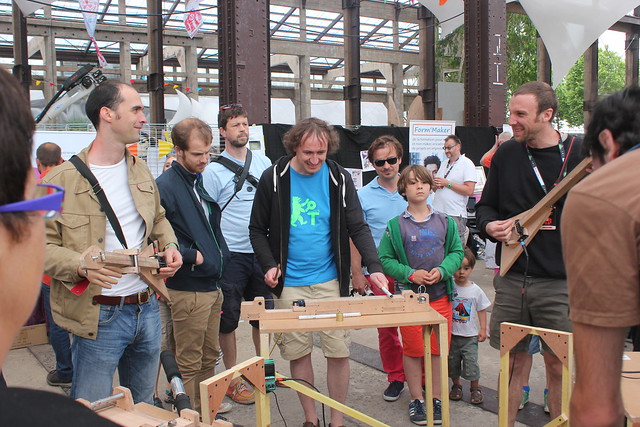 A big thank you to the team and the public for the scans donation and for the good mood ! 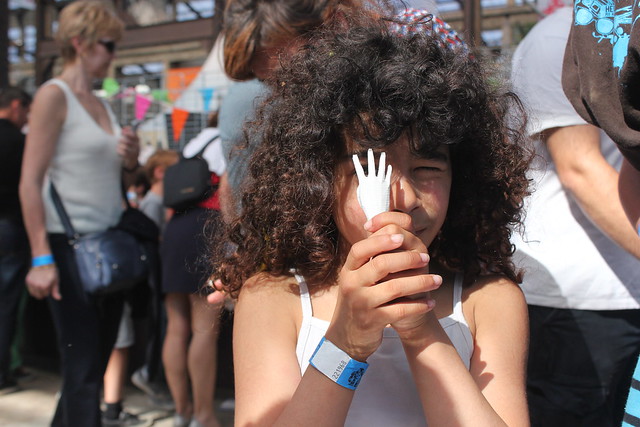 You can check out all the pictures on the Flickr of My Human Kit.

Bionicohand : “bionico” made it !
September in the rearview mirror
Recent Posts