Message from our correspondent in Japan 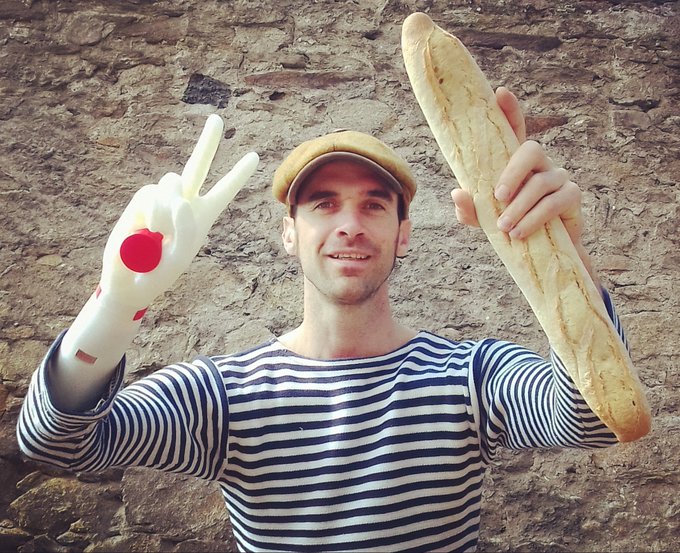 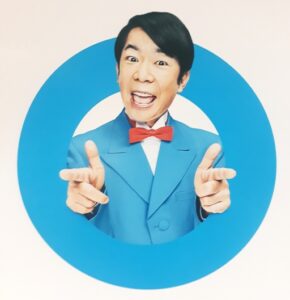 “From repaired humans to enhanced humans?” The technology service of the French Embassy invited me to this debate at the University of Tokyo on the 29th June. I went as the development leader of My Human Kit but also as a user of forearm prothesis, whether high-tech or DIY.

This trip also gave me the opportunity to meet the participants of a project called Hackberry (a 3D-printed open source bionic hand) and those of the Mission Arm Japan association. 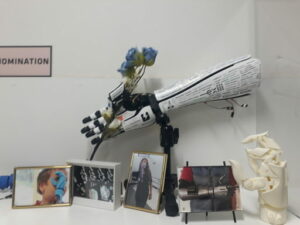 I was looking forward to find out what would happen during these ten days in the Land of the Rising Sun (at 4 o’clock in the morning)! 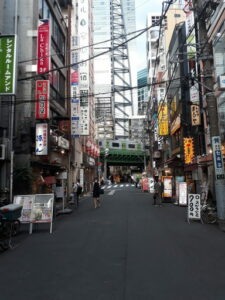 Shinbashi area: the hustle and bustle of the city 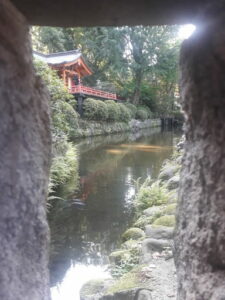 Was I going to find Fablabs? How is disability perceived in Japan? Do they know about empowerment of people with disabilities? 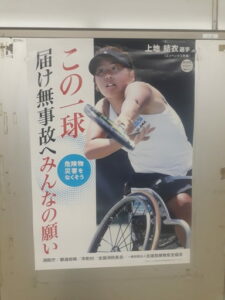 Poster in the metro

Everything began on Tuesday, the 18th of June when My Human Kit was presented to the Lycée français international students. The LFI is a French school abroad, which welcomes about 1500 students every year from preschool to secondary school. Classes there are in French, or “à la baguette” rather.

This hour and a half long presentation, to 4e and 3e (9th and 10th grade) students was focused on the history and philosophy of My Human Kit. It was an opportunity to make the digital manufacturing of assistive devices for people with disabilities more widely known and to raise awareness of this future career among young people. In the aim of being able to work together, we exchanged contact details with young people and technology teachers. 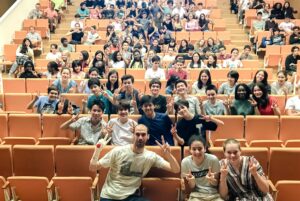 The day after, I arrived at the DMM.Akiba at 1pm. This is a multi-storey building in the centre of Tokyo, near Akihabara metro station. Workshops for designing, offices and a co-working space for freelancers and inventors who need machines to develop their projects are offered there. 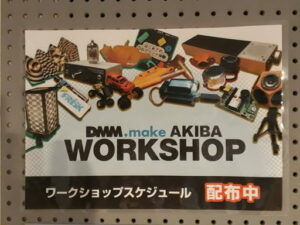 I met Genta Kondo, the cofounder of the Japanese start-up Exiii which created a printable bionic hand in 2013. Genta left the company but he is still in charge of development for the Hackberry project within Mission Arm Japan, which in an association for people with disabilities affecting the upper limb (agenesis, amputation, paralysis). 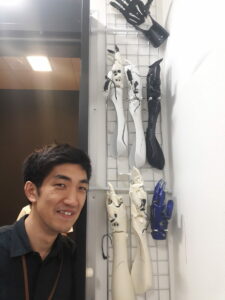 This was an important moment, I’ve been aware of this project since 2013 and in France we adapted the hand that they developed (given that it’s open source).

Genta told me about his background, from the creation of the hand (which was named Handy at the beginning) up until he met with Mission Arm Japan, then the MAJ volunteers arrived at 6pm for their fortnightly meeting. For more information, the whole story is here.

On Saturday the 22nd of June, from 3pm to 6pm, the monthly meeting of MAJ took place, with around 30 people from Tokyo and its outskirts taking part. Some came from far away (making a 4 hour journey) in order not to miss this monthly meeting. Children, adults, retirees, people with disabilities, makers, prosthetists, friends and families sharing their stories and their everyday tricks: opening a bottle or cutting tomatoes with one hand, getting dressed despite being amputated on both sides… but also sharing dreams such as riding a bike. 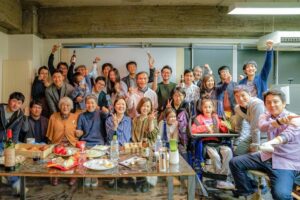 We ate together in a Chinese restaurant, I wanted to hug all of them. This is a warm community, we could have done that! I did not at all feel distant, this aloof quality we attribute to the Japanese. 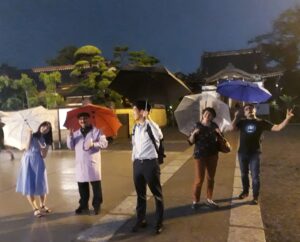 The next day, with Sandrine Maximilien we went by train to Kamakura, a small city by the seaside an hour away from Tokyo. 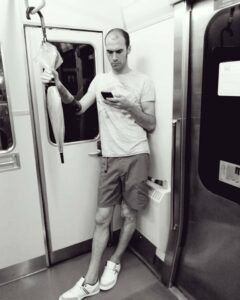 Kamakura is the Japanese capital of Buddhism, but this wasn’t why we came. We had a meeting with Youka Watanabe, the director of the Kamakura Fablab. Located in a traditional house, the Fablab offers workshops about learning digital manufacturing. 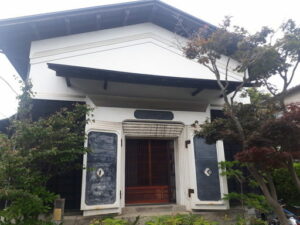 During our meeting, we talked about joint workshops, focused on the manufacture of assistive technical aids for people with disabilities. The Fablab team was enthusiastic about the idea of working on a Franco-Japanese project and put us in contact with the Shinagawa Fablab in Tokyo which is working on assistive technologies for people with disabilities via the fab care Japan group. 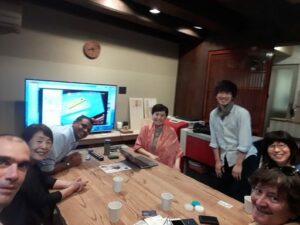 On Thursday the 27th June, Tech4Good took place at the Miraikan. President Macron was in Japan for the G20 summit, and there was a celebration in the streets of Tokyo. 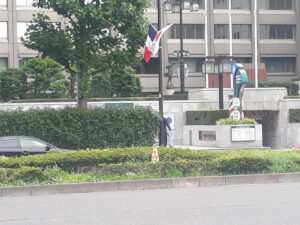 The theme was “Innovation for the common good”. Access to digital technologies, reducing inequalities and the environment were the main subjects that we talked about. If you’re aware of the social economy, Tech4Good is an example of this as a “social startup”. 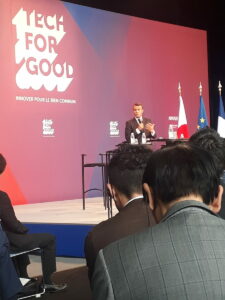 We then visited the AIRC (Artificial Intelligence Research Center) with the French scientific delegation (INRIA, CNRS…) led by the Minister Frédérique Vidal. 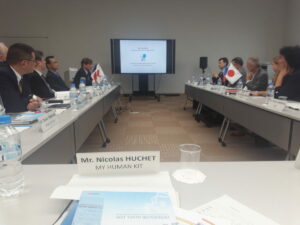 The next day there was a meeting with the students and members of Hongo Tech Garage, the Fablab of the University of Tokyo.

The last day of my trip was Saturday, the 29th of June, which was when a debate took place with the title of  “From repaired humans to enhanced humans?” at the University of Tokyo, organised by the Institut Français. 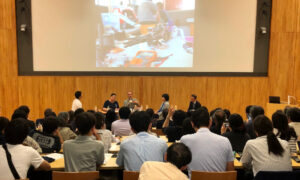 It was interesting to take part in this debate which sought to situate the context between repaired humans and enhanced humans. It’s true that, with technological evolution, pushing one’s limits, living longer, repairing one’s body or improving one’s abilities with ultra-revolutionary prosthetics seem like achievable dreams.

But what can we do for those who don’t even have access to “basic” prosthetics? Is it possible to find an equilibrium between the dream of enhanced humans and the reality of today? 80% of the world’s amputees don’t have access to prosthetics or other assistive technologies.

In the same case, while certain people dream of living on Mars, others will never have access to adequate accommodation.

This first time in Japan only marks the beginning of a new dynamic.

We owe this invitation to Sandrine Maximilien, the science officer of the French Embassy in Tokyo for the last year, who previously worked at the consulate in Mumbai. In 2018, she made possible the organisation of the STEAM Fabrikarium at the Mumbai Maker Asylum in cooperation with My Human Kit and the Makers Asylum.

When summer ends…we must go back to school
The Fabrikarium workshop with My Human Kit and ArianeGroup: a bit closer to the stars
Recent Posts