Passing the force from Hugobiwan to Charlie 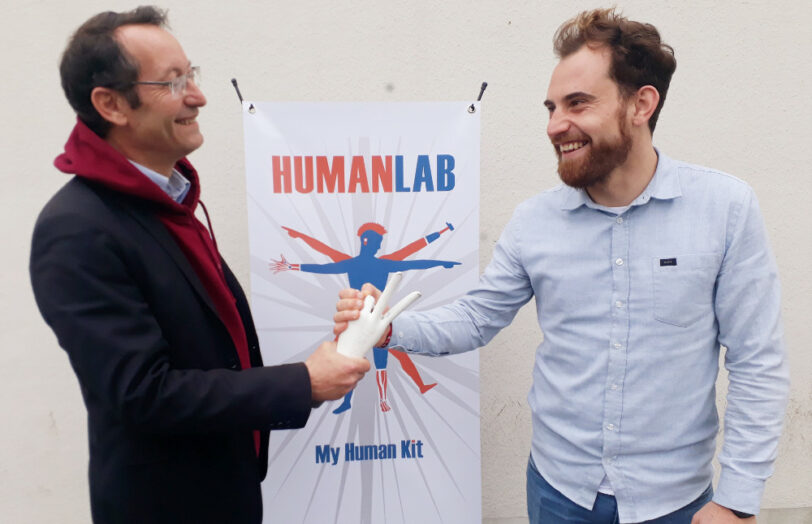 He is part of the founding members of the first fablab in Rennes, the Labfab of the Beaux-Arts (2012). He started Bionico in October, the same year, and was already talking about Handilab, even though My Human Kit wasn’t present even in the most fanciful and utopian part of our minds.

He known in Rennes for his innovative projects about digital. He is part of web dinosaurs; it was easy to meet him in Second Life at one time. For makers, he is famous for his DIY projects such as the Mood Hat. In the field of disability, he is also known for the Sonar Glove, the InMoov hand, etc.

Philosopher, magician, internaut, father, geek, prophet, partisan of liberty, he wants to change the world and succeeds. He arouses everybody’s strong desire to act, even if sometimes he does not realizes it.

Humble, always looking for solutions, his specialty is originality, the one who results in ideas that anyone else could imagine. Information passer, communicator, facilitator, coordinator, good advisor, he knows how to take advantage of mistakes. For some people, he is diplomatic. For some others, he is passionate. One of his strengths is not to show his weaknesses, and his weakness is to make too much use of his strengths. He is this kind of complex person who revitalizes himself in simplicity. Even if we do not know what he is thinking about, we know when he is talking, which does not pushes him away from being attentive to others.

He is a kind of the Oxmo Puccino of digital manufacturing, the Roberto Benigni of Humanlabs, the Gérard Depardieu of open source… The Michael Jackson of the gab, because he is precise and tireless, even when we have to stop… Yes, this has a name: passion. As if Johnny Hallyday wouldn’t leave the stage; and as this latter would say, it is this passion which has been gathering us together for more than 6 years, since we were the two first hired at My Human Kit.

Three years of Russia, India, Belgium, by train, plane, car, rickshaw, taxi, Uber or Berber means of transport… On foot with boxes under the arms, grandma trolleys and bags, transporting sonar gloves, 3D-printed prostheses or many kinds of prototypes in relation technical assistance in digital, on the roads from the Place de la République to Bordeaux, Toulouse, Paris, Niort… Nevertheless, we have not to forget the city of Rennes, the city that has seen the appearance of the first Humanlab.

He was part of My Human Kit’s staff… Yeah, he was part of, because it is over. He gets back to his former job: he has been part of the “handis” (disab’) but in the “en dispositions” (at disposal) and, today, he leaves our voluntary environment to come back to a structure less agile but surely reassuring. We have no doubt about this: his new structure will know how put him at the service of human innovative and great missions, when it will realize how he is skillful, because he deserve it. His life is a book…

Some well-deserved holidays for Hugues. 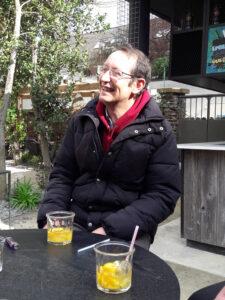 On this 1st March 2019, we have celebrated Hugues’ departure.

Charlie Dreano will replace him soon. 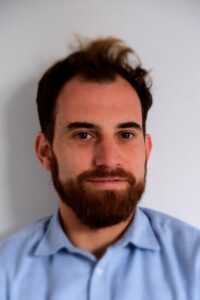 31y/o, 5.70 ft tall, bearded, Charlie has a Master’s degree in management of solidarity economy organizations, and a career path in the development and the support of social innovation projects. When he finishes his mission at Horizons Solidaires in St Malo (France), he will settle in Rennes in March, in order to guide My Human Kit under the function of director/coordinator, as the successor for Hugues Aubin. Guiding the Association through its development, giving structure to the activities and aims of My Human Kit with the lifeblood of the collective project: there are the missions for those we chose Charlie.

Welcome on board Charlie!